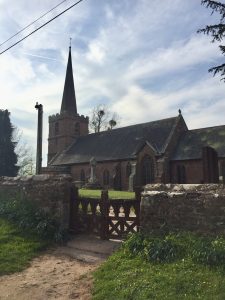 The village of Kings Caple sits on a plateau within a meandering loop of the River Wye in the designated Wye Valley Area of Outstanding Natural Beauty. It is located about 8 miles south-southeast of Hereford & 6 miles northwest of Ross on Wye.

The area was originally settled in the Iron Age & later by the Romans who left their mark with a road that linked Monmouth with Hereford & Monmouth to Gloucester. The section through Kings Caple was called Capul streete & the road, now buried, ran past the church taking a straight line down to the river & a ford then known as Rydereyell (street of the ford) which today is called Red Rail & is located in the neighbouring village of Hoarwithy.

After the Norman Conquest the status of Kings Caple changed when it was declared to be ” in the Kings Forest”. At the time of the Doomsday Book the village was neither in Herefordshire or Wales but the inhabitants spoke Welsh while owing allegiance to the King of England.

The population today numbers around 206. A significant proportion of the population are retired & those that do work, either work from home or seek employment outside the village as agriculture, once a major employer, has become more mechanised.

If you would like to know more about our beautiful village we have developed a walk around many of the historic & interesting buildings & sites in the area. There is a leaflet & booklet to accompany the walk which has more detailed information about the sites. Both these documents can be found in the red phone box in the middle of the village which is now an information hub.

Much of the information was taken from the following book: 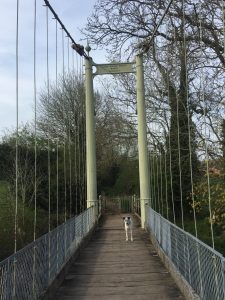 You live locally? Want to know what’s going on? Subscribe to Parish Council Notifications — Its FREE

How we protect your data
Accessibility Statement